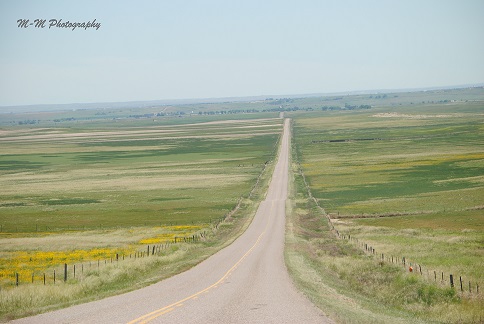 Our current district was formed from the consolidation of five existing weed control districts that had been established as early as 1967. An election, by the landowners within the five districts, approved the consolidation on August 31, 1972. On September 13, 1972, the Logan County Board of County Commissioners appointed the first, five member advisory board to oversee the operation of the district. The weeds listed for control were: Canada thistle, field bindweed, silver-leaf poverty weed, woolly leaf, poverty weed, and whitetop. The district operated with only summer-time employees until 1988. That year a full-time agronomist was hired to operate the district for more effective results. Additional summer-time employees assist the agronomist with weed control efforts. The district remains staffed in such fashion.

Under CRS 35-5-102. Duty to control weeds. It is the duty of all persons owning land or any interest therein in the district, the state department of highways, the boards of county commissioners, school boards, the governing authorities of incorporated towns and cities and of railroads and ditch companies, and those persons supervising state-owned lands to use reasonable means to control the noxious weeds if the same are likely to be materially damaging to the land of neighboring landowners.

If you have noxious weeds that threaten your neighbor’s land and you do not perform control measures, the Logan County Pest Control District has the legal authority and responsibility to enforce appropriate control measures on your land at your expense. Failure to pay the control costs can result in a lien placed upon your property.

Logan County landowners may request information about noxious weeds, weeds in general, or request assistance in accomplishing noxious weed control by contacting the district supervisor at the above number or e-mail address. Here is a list of Noxious Weeds in Logan County

Purpose: To promote the early detection and control of noxious weed species on privately held land within the Logan County Pest Control District.

Qualification: Land must be within the pest control district boundary.

Procedure: Landowner or operator submits a weed map of the property. A suitable weed map is an aerial photo-based map with accurate locations and extent (area) of noxious weed species marked, the entry point for the field marked, and adjacent crops or other hazard areas, such as tree and shrub rows, marked. Special requirements for treating weed spots should be noted, such as plans to pasture with cattle, or days before tillage operations are planned to start. Aerial photos are available from either the NRCS or Logan County Pest Control District.

Submit map prior to July 1 for leafy spurge and purple loosestrife.

Action: For each submission, a weed management plan will be developed, implemented and the treatment success will be monitored until control is achieved. We do not plan to achieve eradication with one treatment, which is a practical impossibility. We do not spray in growing field crops.

Once a map is submitted and the management plan created, the job will be placed on an order roster and the jobs will be accomplished in as best a manner possible, depending on weather conditions and time available.